Let There Be Light In You

On the day Adam and Eve chose to disobey God’s command in the garden of Eden, they have vanished away, but before they left, God clothed them with an animal skin. I could feel that the Lord’s heart is bleeding as human became stubborn. When Adam and Eve sinned in the garden, God gave them coats to cover up with (Genesis 3:21).

But if you will remember that Adam and Eve have already found some leaves to clothe themselves, right? In Genesis 3:7 “Then the eyes of both of them were opened, and they realized they were naked; so they sewed fig leaves together and made coverings for themselves.” We may think why did God make another clothing by killing animals to get their skin? Here are my few reasons why God did that: 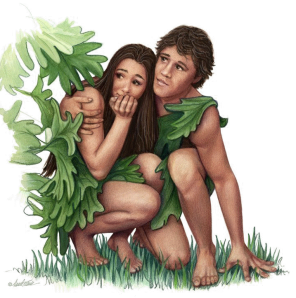 Could the answer lie in the “blood”. In Hebrews 10:4 it is said that: “For it is impossible for the blood of bulls and goats to take away sins.” It means that killing animals just to pay for our sins is temporary too. The Bible is clear that it is “impossible” for the blood of animals to take our sins away. It is not enough, and the Scripture admitted that principle that killings animals are not sufficient. 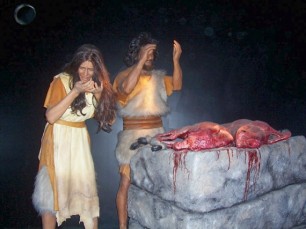 Then in Hebrews 9:22: “Indeed, under the law, almost everything is purified with blood, and without the shedding of blood there is no forgiveness of sins.” God set a very high standard, which became His very own problem really. Why? Because He knows we have debts we could not afford to pay. He decided that the only was to send His beloved Son, Jesus to do it once and for all.

Typical parent. A good father is willing to pay his children’s debt because of knowing that they cannot pay.

Now let us go to that moment when Jesus washed His disciples’ feet as written in John 13:1-17 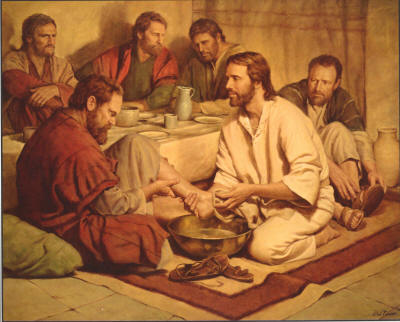 In verse 3, Jesus knew that he had come from God and would go back to God. He also knew that the Father had given him complete power. So during the meal, Jesus got up, removed his outer garment, and wrapped a towel around his waist.  He put some water into a large bowl. Then he began washing his disciples’ feet and drying them with the towel he was wearing.

Let me tell you that in those times, people must have very dirty feet as socks and shoes have never been invented. Disciples walked on rocky and dusty roads and you would expect that at the end of the day, feet would be stinky, dirty and yucky! But Jesus did not bother about the dirt of their feet. He knelt down and went to clean to the dirtiest part.

This is what God does. He comes to us in the same way, not asking what we have done or where we have been. He does not care about our past. If you want, God can clean you, if you will allow Him.

From the beginning, In Genesis 1:2 “the earth was formless, dark and empty” God saw it and said: “let there be light!” That light changed everything of how we see now. He made everything beautiful. He can make your life beautiful and makes you a winner. Let the light enters in your life and let God wash your dirt off you.

When Jesus spoke again to the people, he said, “I am the light of the world. Whoever follows me will never walk in darkness, but will have the light of life.” -John 8:12