Proposal to grant amnesty for 300,000 illegal immigrants living “in the shadows” in London 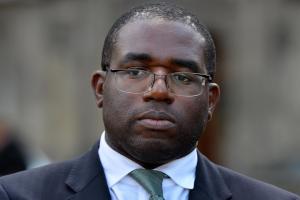 An amnesty for 300,000 illegal immigrants living “in the shadows” in London was proposed by Labour mayoral hopeful David Lammy.

Many people in the UK are praying for this proposal to become a reality.

In the Evening Standard report, Mr Lammy stated that it made no sense to carry on with the same policies for people who have lived in the UK for five years or more and already have jobs and homes to live in.

“We face a choice,” he said. “We can continue to stick our heads in the sand and pretend this isn’t a problem, carry on letting these people live in the shadows and use our services without contributing to them in tax.

“Or we can do the sensible thing and have an amnesty on all illegal immigrants in London who have been here for more than five years and are in work.”

“It would just mean a much greater tax income, more transparency about who is living in our city, and a group of people who live here and work here being accepted as part of our city.”

He is among six Labour rivals bidding to be the party’s candidate.

Don Magsino MBA is a student of Oxford Brookes University at Post-Graduate Degree in Law in Oxford, England, UK. He is a graduate of Ateneo De Manila University Graduate School of Business. He is a qualified and a practicing Immigration Lawyer in the UK. His mobile phone is 07446888377 / Direct Line: 0207 316 3027 Email is don@stanfordlawassociates.co.uk. His London office is located at Regus, 239 Kensington High Street, London W8 6SN. He is accredited by the Law Society in England and Wales and regulated by the Office of the Immigration Services Commissioner (OISC) Level 3: highest level in immigration professionals. He has represented clients in the First-tier Tribunal, Immigration Detention Courts and Deportation and Bail Hearings and to the Upper Tribunal and won many difficult cases in immigration law in the United Kingdom.