How To Switch From Student to Work-Permit Category In The UK? 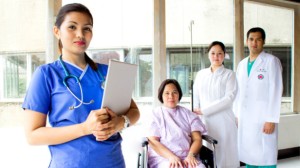 Yes, it is still possible for some Tier 4 students to switch into Tier 2  (General) Point-Based System (PBS) previously known as work permit in the UK. You must have an employer also known as “sponsor” which can offer you an employment through a document from the Home Office known as Certificate of Sponsorship or the CoS. The employer has to advertise the job to give other UK residents to apply for the position the employer is intending to fill. They can advertise on newspapers or the Job Centres.

If no one is willing to take the position, then that is the time that the CoS will be offered to you.

The main concerns most students have nowadays are that their qualifications are not Bachelor’s or Master’s Degree hence they cannot switch. But to some, they can avail the opportunity to switch into the Tier 2 mechanism and their visas transfered into a working permit category. Some students before who had PSW (Post-Study Work) took advantage of this concession.

These are the general requirements if you are switching into Tier 2 (General) from Tier 4 (General).

Don Magsino MBA is a student of Oxford Brookes University at Post-Graduate Degree in Law in Oxford, England, UK. He is a graduate of Ateneo De Manila University Graduate School of Business. He is a qualified and a practicing Immigration Lawyer in the UK. His mobile phone is 07446888377 / Direct Line: 0207 316 3027 Email is don@stanfordlawassociates.co.uk. His London office is located at Regus, 239 Kensington High Street, London W8 6SN. He is accredited by the Law Society in England and Wales and regulated by the Office of the Immigration Services Commissioner (OISC) Level 3: highest level in immigration professionals. He has represented clients in the First-tier Tribunal, Immigration Detention Courts and Deportation and Bail Hearings and to the Upper Tribunal and won many difficult cases in immigration law in the United Kingdom.